Driving home for lunch today I passed the scene of a fatal accident - motorcycle v. bus.  The man that was killed, his body was still in the intersection, covered by the tell-tale white sheet.  His family's world just changed; I hope they find peace.


~~~~~~~~~~~~~~~~
My co-worker hit me up on Facebook at 10:45 the other night, asking if the next day I'd be interested in having dinner with her children and then dropping them off at the baseball field for practice.  Her kids are awesome, so I accepted.  The middle child, the boy, wanted a burger.  A cheeseburger, specifically, with bacon.  From Rally's.  The girls wanted Panera.  I made everyone happy and ran through the drive-thru on our way to Panera. The boy inhaled his burger, proclaiming it delicious and the best thing ever.  The kids wanted to know if I could stay with them through practice, but I had to get home.  I promised we'd do it again, and left feeling like I was awesome and they loved me.
The boy got a bellyache last night.  Apparently his little digestive system isn't used to bacon cheeseburgers and fries for dinner and was protesting.  His parents used it as a lesson, telling him he should've known better and that's what he gets for taking advantage of dumb ol' Natalie, for pulling one over on me, etc. and so on.  Poor kid.  I made sure to clarify that I in no way was snowed over or fooled - I was perfectly happy to get the child a burger if that's what he wanted for dinner; I looked at it as a special treat for him. (I let them have double-chocolate chip cookies for dessert, too, because I believe kids need things like that every now and then.)
~~~~~~~~~~~~~~~~~~
We went to the State Fair this past Saturday.  I didn't get many pictures because my camera battery died, but I managed to snap a few: 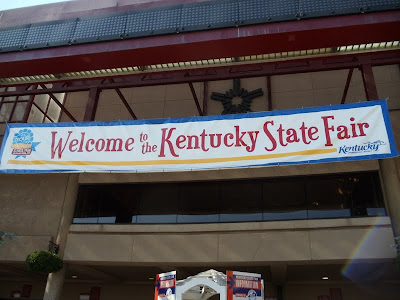 Freddy is as much a part of the Fair tradition as corn dogs and mullets.
He talks to you.
He'll tell you what you're wearing and what color your hair is and that you're holding your Momma's hand.
And you'll be all "Holy shit, he SEES me!"
And then you grow up and realize there's some dude in a glass booth upstairs and behind you,
watching your every move.
And you're a little skeezed out, I'll be honest. 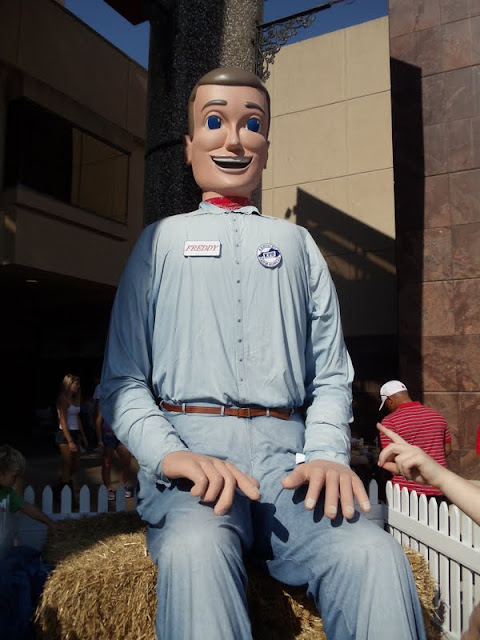 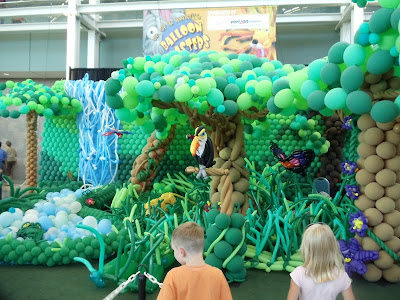 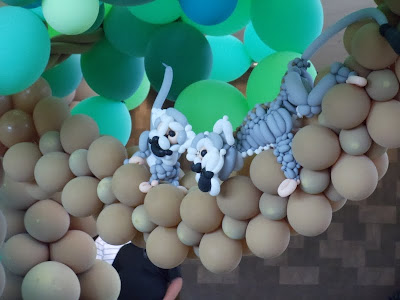 This was the coolest balloon display I've ever seen. 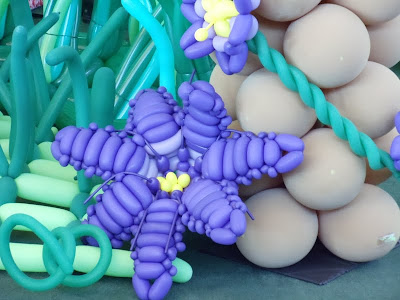 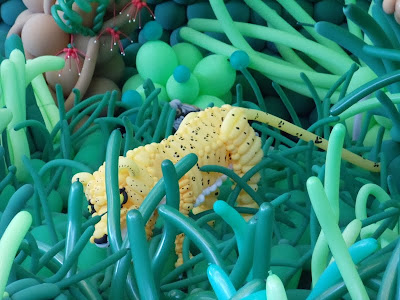 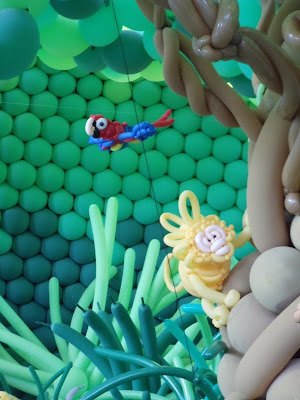 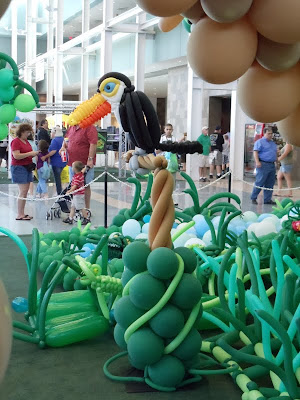 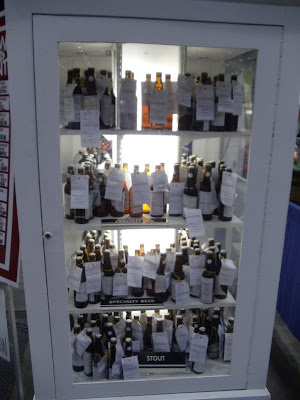 The beers Jimi and Steve made are in this cabinet somewhere.  Sadly, they do not have a ribbon on them, but there's always next year. 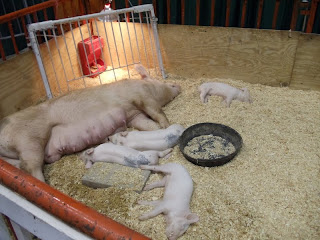 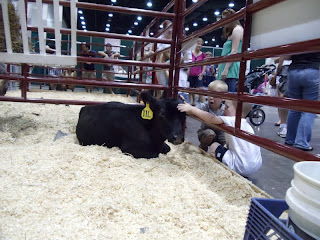 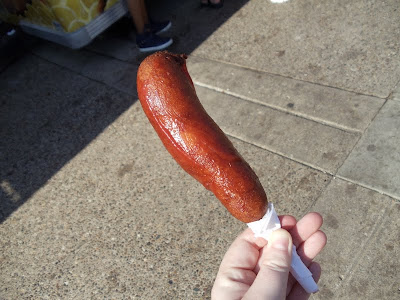 The corn was guilt-free, though. 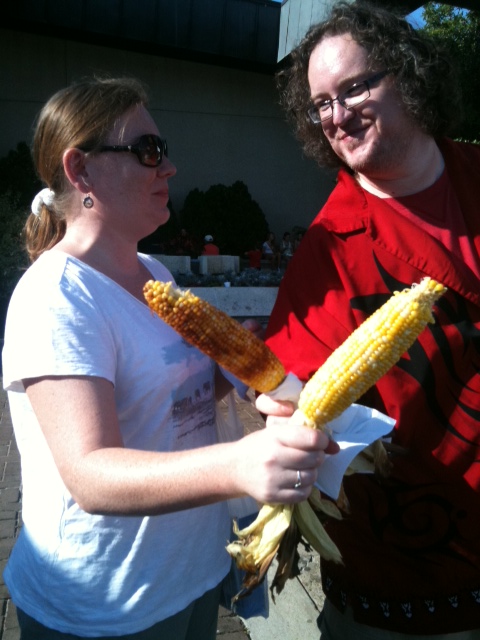 And then we went home.  The end.
These boring thoughts brought to you by Natalie at 1:17 PM