Sometimes I hate that satellite imaging takes the surprise out of snow days.

When I was 13, I woke up one morning to Momma telling me we had almost 2 feet of snow and that school was cancelled.  I immediately assumed she was playing some cruel joke, but she insisted.  I stumbled out of bed and into the kitchen - and sure enough, the snow was piled high against the sliding glass door leading to the backyard.  We didn't have electricity for days, and I think we were out of school for a week or more.  I remember cooking Rice-A-Roni on a skillet on top of the kerosene heater in the family room; I spilled some rice on the carpet, but I don't think anyone saw me.

Things like that don't happen anymore.  I've seen the satellite pictures; we're not getting anymore snow tonight, and no matter how much I hope, I won't wake up to 18 inches of fluffy white on the ground.

Just as well, i suppose.  Snow days are for kids, not grownups.  I'd still have to go to work, or I'd be scrambling to try to do my work from here.  And apparently most people hate the snow.  And I know no one knows how to drive in it, not around here, at least.  And I don't want anyone to freeze to death or anything.

Adulthood sucks the fun out of everything good, doesn't it?

Edit:  Well, not EVERYTHING good... 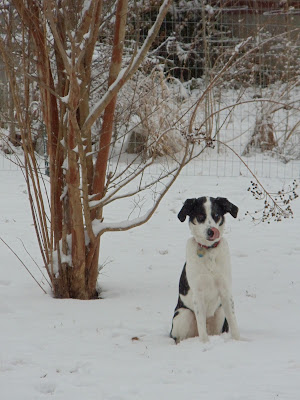 These boring thoughts brought to you by Natalie at 9:04 PM

Email ThisBlogThis!Share to TwitterShare to FacebookShare to Pinterest
Labels: My Blog Is Boring