Two years ago when we were up here, the Smithsonian Museum of Natural History was hosting a travelling exhibit called "Orchids Through the Eyes of Darwin" or something like that.  We spent an hour taking pictures and looking and oohing and ahhing.

When we got home, we excitedly downloaded the pictures onto the computer - they were all out of focus.  The low light/shaky hands/inexperience - something caused a problem with each and every photo we'd taken.  (*insert sadface here*)  I was really bummed - I'd fantasized the whole way home about how I was going to blow up our brilliant masterpieces and frame them and hang them on our walls and enter them into the State Fair and win first place.  Instead, we had nothing.  (sadface)

On Friday, we went up to the city and walked around the Mall, visiting a gallery and a sculpture garden, but it was getting late and most things we wanted to see were closing.  We did see the banner hanging over the entrance to the Natural History museum, though - ORCHIDS, it read, under a large flower.  We squirreled this info away, and today when we were wandering toward the Mall and my internal frustration temperature was rising*, Jimi quickly suggested we head toward the flowers, knowing that would calm my crazy ass down.

He knows me well.
And our pictures are better this time around. 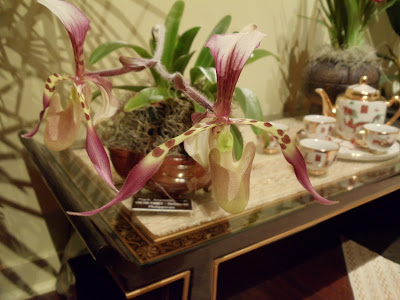 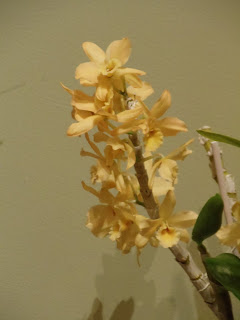 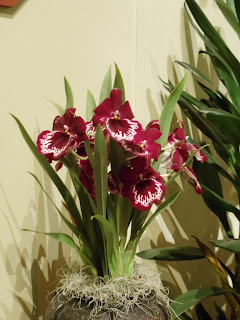 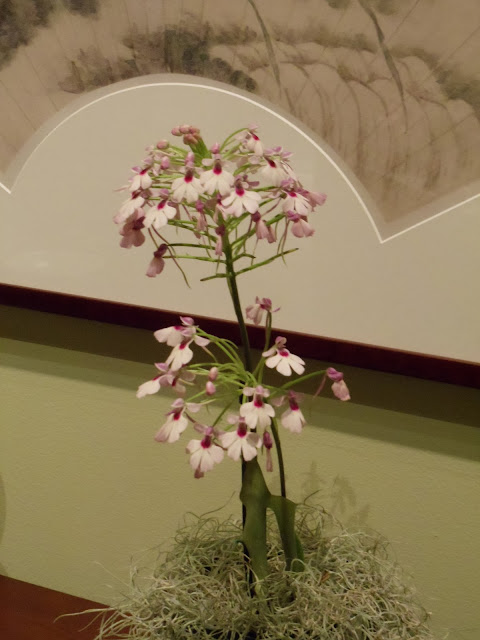 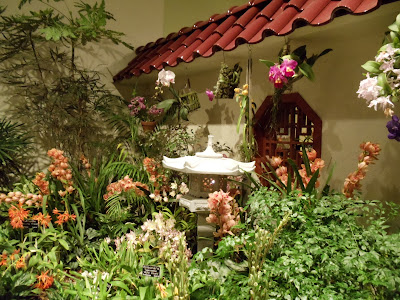 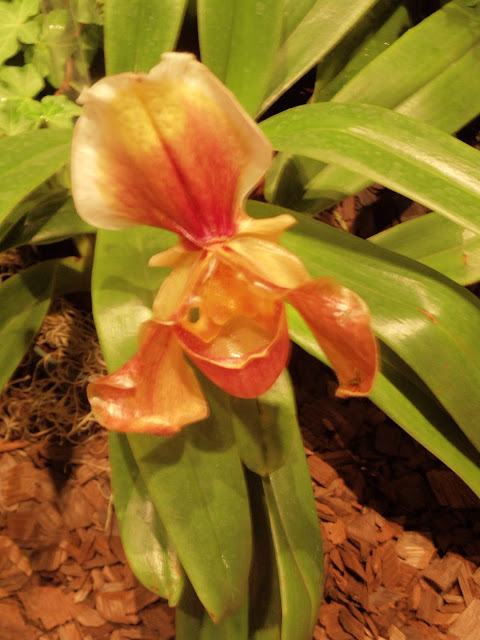 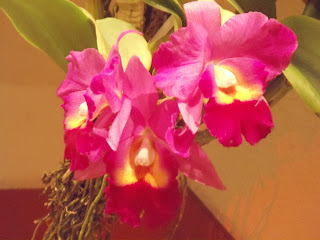 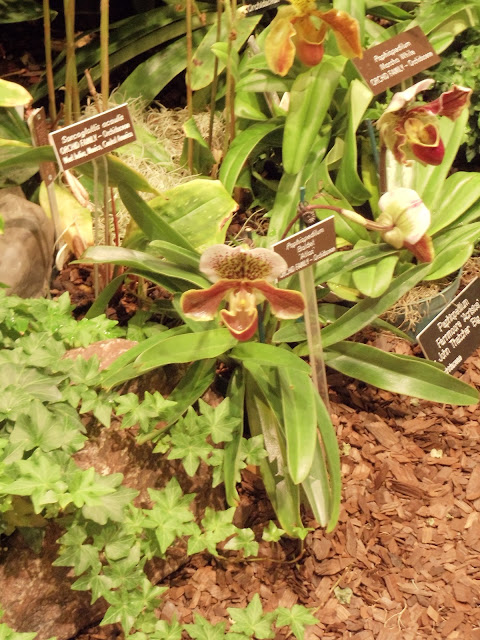 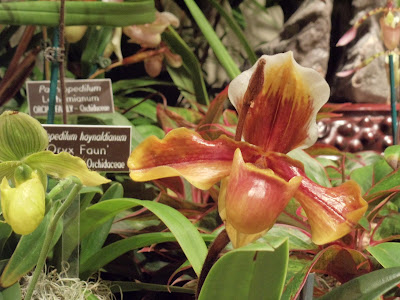 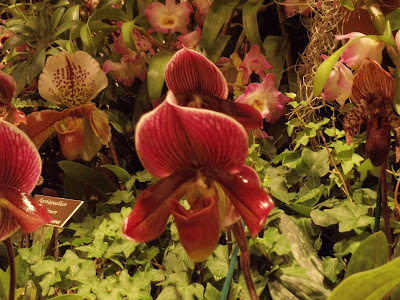 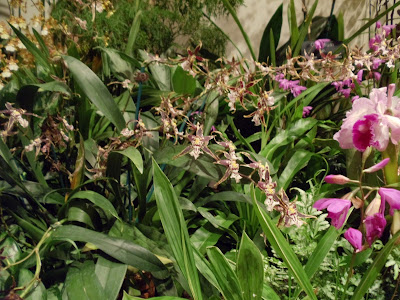 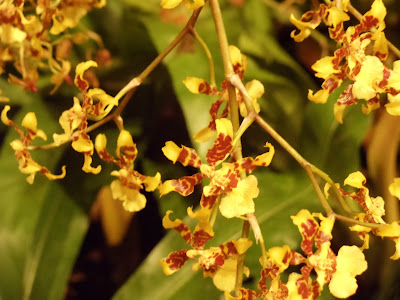 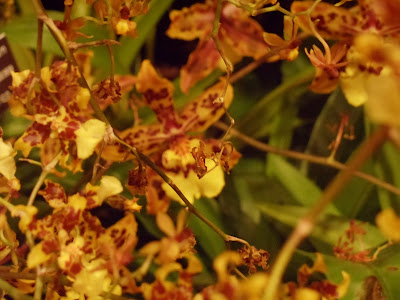 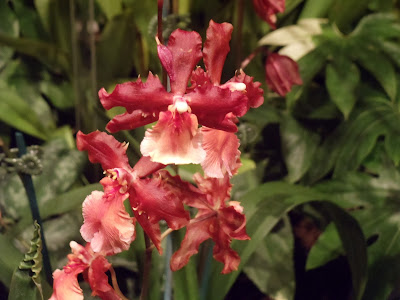 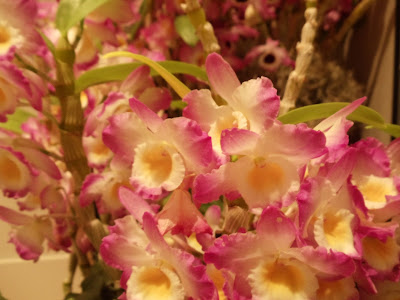 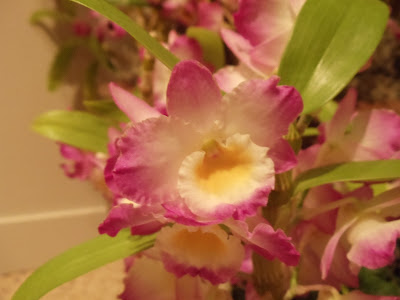 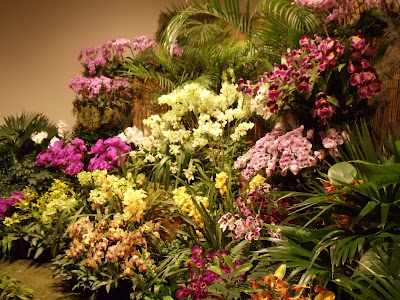 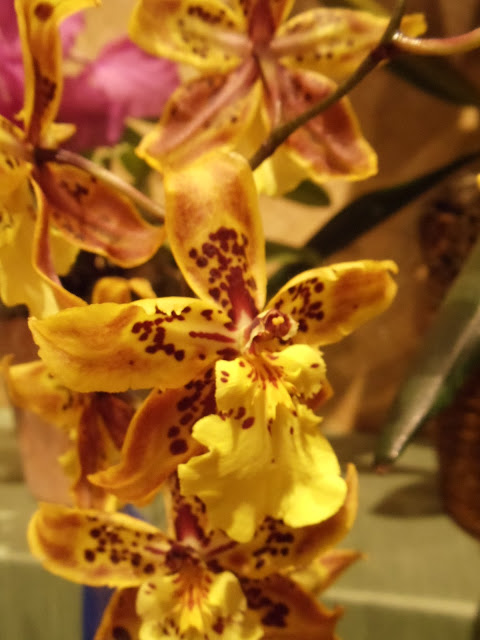 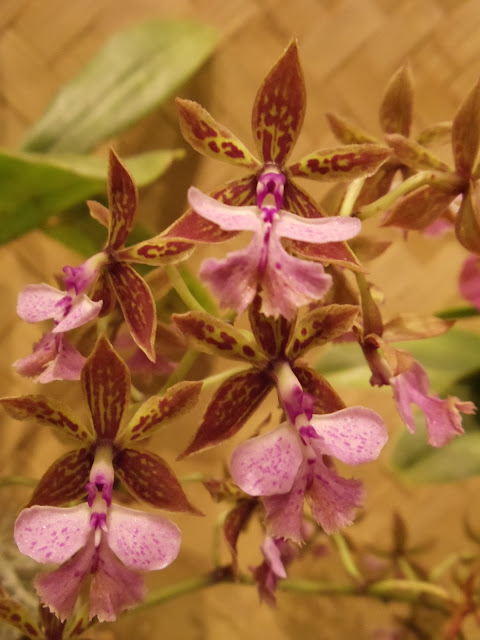 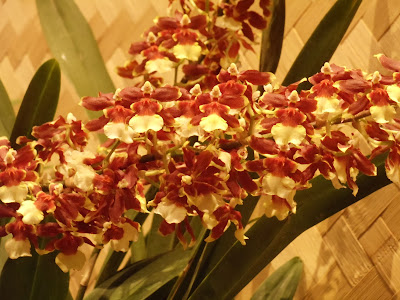 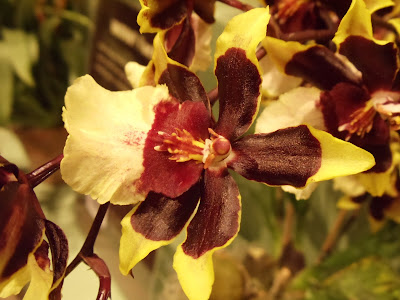 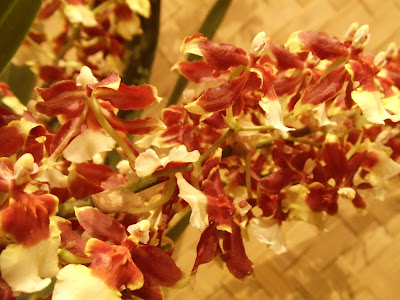 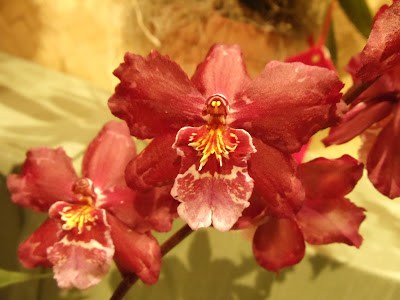 *We got off the Metro and started walking.  "Let's get a coffee at Starbuck's," I suggested, knowing I had a gift card in my wallet and that there'd be a coffee shop somewhere along our route.

"Look, there's a Starbuck's, right there on the corner," I cried.  ("Like a sign from God that I'm meant to get my caffeine fix today," I thought to myself.)

Jimi headed for the ATM, his brother and I headed inside the store.  There was a line.  A wrapped-around-the-inside-of-the-store line.  Fuck.

Jimi's brother's a swell guy, I adore him.  But he's quirky.  And set in his ways.  And waiting in line at a Starbuck's?  Not his cup of tea.

"Fuck, *Jimi'sbrother'sname*, let's just go."  I didn't give him a chance to respond.  I excused myself past the people in line behind us (who were really standing next to us because the store was just that tiny), and I stormed out of the shop.  Jimi was waiting for us just outside, with that sweet smile he always has for me - and then he saw I didn't have any coffee.

"Oh shit, I thought," is what he told me later.  "You had that irritated look on your face and no coffee and I knew exactly what had happened."

I calmed down eventually.  The orchids helped, but honestly, it wasn't until we snuck off and found a quiet spot along the Potomac that I was able to really lighten my mood, IYKWIMAITYD.

But the official story is that orchids have healing powers.
These boring thoughts brought to you by Natalie at 12:26 AM

Email ThisBlogThis!Share to TwitterShare to FacebookShare to Pinterest
Labels: A Year In Photos, Jimi, My Blog Is Boring, My Day in Photos, orchids, Photos, Shit Jimi Says, vacation