Music I love. And that man I love, too, I guess.

Things to remember from today:

This post is going to have a sound track.  Starting with this:
Are you listening to that in the background?  Do it!  Okay, now...
We almost got off to an awesome start this morning, but Finn kept licking his invisible balls, and it's impossible to get into the mood when you can only hear the sound of your dog's tongue slapping against his shrunken empty ballsack.
Are you still listening to that song?  because that's still the backdrop as Jimi throws off the covers.  He lets Finn outside, and I hear the shower start as I reach for my vibrator...
A few hours later...
(There are a few things in life I'm passionate about:  Jimi, and my love for him; my Family; gay rights; women's reproductive rights; The Beatles; Allison Krauss; and Ben Harper.  There are probably other things that aren't listed here.  They'll come later.  Are you listening to that Ben Harper video I posted there?)
Jimi says, "Let's go to Chick Fil A for lunch, so your weekend can get off to a good start."  Bless his heart.  He's managing me.
And well, if I do say so.
So we went to St Matthews, to Chick Fil A, and to the Feeder's Supply for pet food and flea drugs.  And for Trader Joe's!  (See Following Pictures:) 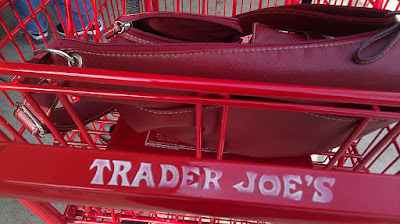 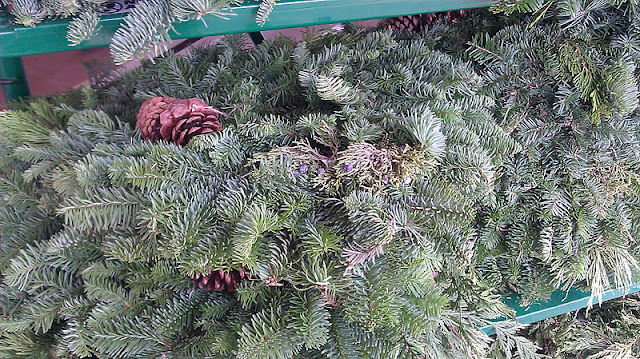 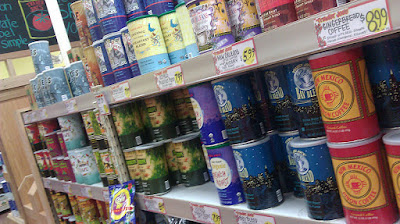 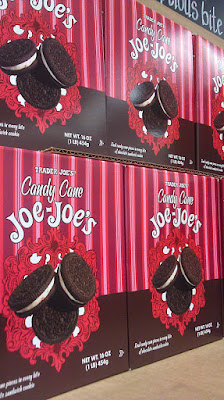 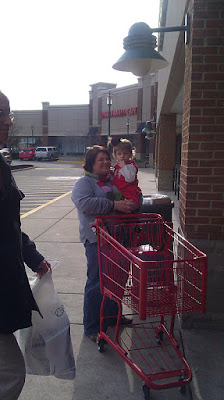 Whoa.  Louisville's hittin' the big time, yo!   (We left with $50 in pogey bait*, but no booze.  Well.  Nothing from the wine shop.  We bought a six-pack of beer, but that doesn't count as booze, right?)
*Do you know what pogey bait is?  It's a Marine Corps term for junk food. When I was in JMCROTC in HS, they sold it before every class period - sometimes, those who bought it had to do extra pushups or situps, but that never really served as a distraction from the deliciousness.  And we never even had anything as awesome as Candy Cane Joe-Joe's.
After the Trader Joe's, we had to visit the Target for:
34 Pampers Swaddlers, Size 1
2 rubber bands
2 receiving blankets
2 bibs
1 chain link toy
socks or mittens
1 bottle
1 wash cloth
ribbon
I'd seen something on Pinterest a while back about a Diaper Motorcycle, and when I googled the directions today, I found this, and so I followed the instructions, and this is what happened: 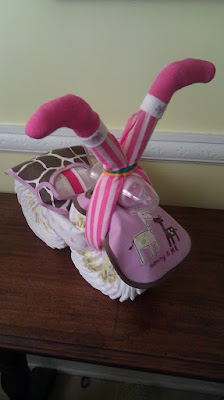 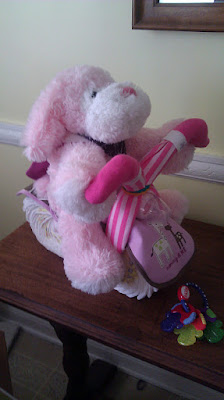 We made that.
Jimi and me.
Together.
(That means we went into the baby section and shopped.  For blankets and diapers and bibs and bottles...
And we're good.  I'm good.  I didn't cry or anything.  No chest pains or panic attacks or freakouts.)
Just for the record.
Are you ready for some more music?  I sure hope you're following along with me here.
I said to Jimi, "Name a song that describes us.  Quick!"  "I'm so tired," he replied.  Then he said:
You're listening to if'n you're doing what I said to do.
And that doesn't describe us at all.
Our relationship looks more like this:
Wait.
or maybe this:
"You're the Beatles master, why don't you pick the Beatles song that's us?" Jimi says.
Okay.
(When we listen to this one and he sings along, he replaces "madly" with "Natalie".  Appropriate, right?)
We're all mad here.
Oh.
We're that too:
Fuck.
It's all very complicated.
Isn't everything?  Isn't life?
It's a happy one, though.
These boring thoughts brought to you by Natalie at 11:36 PM